“It is for the first time, we Kashmiris beg and stretch our arms to others to meet our daily needs. Our homes and shops were washed out in the mammoth flood, when we woke up one day. There was nothing left to point to and say that “it was ours”.” Wept, Beevi Qathun the flood affected Bemina village who looks to be past 60 years. Last flood that adversely affected Kashmir was in 1902. The death toll then was 92. But another ten thousand people died in the following six months. This time, 162 people were dead and a loss of one and half lakh crores was incurred in the flood that wreaked havoc in Kashmir in the first week of September. It was when we visited the flood affected areas as part of the relief works of Popular Front, 17 days after the disaster; we witnessed the heartrending scenes being gone through by the people there. Mud and water could be seen stagnated on the sides of the road, while we were travelling to the Medical Camp conducted by Popular Front at Haidarpura in Srinagar. Popular Front activists had already visited the flood affected areas and had conducted survey even before we arrived there. Survey was conducted in 10 villages of Badgam, Srinagar and Anandnag districts. They visited 3,845 families out of which 3,693 families were affected by the disaster.

Bemina is a Muslim populated colony. Laborers and fruit merchants are the inhabitants. Road is filled with black water. People are using a sort of conveyance using wooden planks tied on tyres to travel and transport essential commodities. ‘We have no food; no way to drain water;’ were their main complaints. They haven’t started receiving these services from the government yet. Everybody is criticizing the government of Omar Abdulla. All including the opposition parties are thinking as to how this disaster could be utilized politically. Power supply is not resumed even after 18 days. Relief activities by various voluntary organizations are on. We went to Lal Chowk, afterwards. Lal Chowk, the world’s largest market of branded goods has been completely destroyed. It looked as if the river Jhelum has over flowed. Water rose up to around 18 feet. The famous Dal Lake is the prime center of tourists arriving in Kashmir. Main attractions of the lake are the beautiful hillocks on the left side and the house-boats on its right side. Many people who depend on the house-boats for their livelihood were seen there. All of them are unemployed after the flood. It would take long period to recover from the situation, they say. Then we went to the Muslim colonies Pampur, Laljan, Bulwad and Rajbhagh.

Rajbhagh is an area inhabited by wealthy people and bureaucrats. It is military cantonment area as well. Thousands of military officers are residing there. It was the common people that rescued the military men during the flood. Next day we visited Laljan and Atthoujan where too tens of thousands of military officers reside. Common people rescued these military men during the flood by taking too much risk, neighbors said. We then visited Pampur, the most affluent area in Srinagar, in Anandnag district. This saffron cultivating area is totally destroyed by water. This is the area that has incurred the largest loss in the flood. Loss incurred to the owners amounts to crores. Cultivation was totally destroyed in the water that rose more than 10 ft. Next, we went to Palwama district. We met Senior Superintendent Abdul Wahid Shah, who has been intervening in people’s issues. 55 villages had been destroyed there, he said. Army, NGO’s and local people are helping each other. Their immediate requirement is dwelling places. He requested us, Popular Front, to adopt each village and construct houses to them. If at all water is not drained from the flooded areas and houses not constructed immediately, another disaster of chilling cold is awaiting them in the imminent winter, which they would be unable to survive. Houses here are two storied in general. This is why a lot of people were saved from the flood.

When we reached Gulgam district where cricket bat manufacturing factories are situated, what we saw there was more than 10 ft high stagnated mud heights. Automobile centers and Car Showrooms there were fully wiped out without leaving any signs. Gund is an area where military officers are on round the clock security duty. They have erected tents for the Kashmiris there. Their daily life is with the 50 kgs rice given by the government, the people who have fully lost all their lands and houses told us.

We arrived at Areegut Noru for our Jumua prayers. After Jumua, we went to a village half kilometers away. What we could see there was a map of a big river; a river without water, but with big round stones seen in the rivers. The villagers explained to us about the flood. River Jhelum is on the other side; what remain now are the big round stones swept in by the over flowed river. Earth to construct house is not even left out.

Arrangements for food are made mutually between the Kashmiris themselves. Those who have lost their houses are being accommodated by nearby residents. Notwithstanding this, they are still very much concerned as to how they would be able to face the chill of the forthcoming winter. Their request to us was too to arrange for construction of houses. Bridge connecting the nearby Gulham village had been destroyed in the flood. 168 houses were destroyed there. We assembled the villagers there in a nearby house and spoke to them. This is an area with lot of apple farms. Houses here are small in size. They sit and treat the guests in thick blankets spread on the ground. They gave us the names and addresses of the poorest 50 of the 168 families that lost their houses. The villagers unanimously asked us to construct houses to these families within the coming one and half months. Popular Front has decided to meet this requirement. Relief materials collected by Popular Front have been coming from Jammu since 27th. Number of daily visitors to the Popular Front Medical Camp that started on the 17th is 400. Common ailments seen after the disaster are allergy, skin diseases and fever. Popular Front has extended the Medical Camp Services to Bomina, Mehzpur and Kanimaha. Popular Front is focusing its relief activities in areas of extreme poverty. Essential materials for 3600 families have already been distributed.

Victims of this calamity amount to 61,000. It was the army who were substantially involved in rescuing people from the huge calamity, the victims say. There are people among the victims who lost their houses, land and shops in a morning; some lost houses; some lost their land. Around 500 cows were dead in the flood. Environmental and social activists point out to the high possibility of spread of epidemics in these areas. Had the number of post-flood deaths in six months in 1902 due to epidemics been 10,000; what this calamity is going to leave behind would be multifold of that disaster. It is in the magnanimity of the kind human beings that would sustain the lives of the calamity ridden Kashmiris, henceforth. Blankets and houses are to be provided to them immediately. Otherwise, we shall have to witness the transformation of this paradise on the earth to hell. 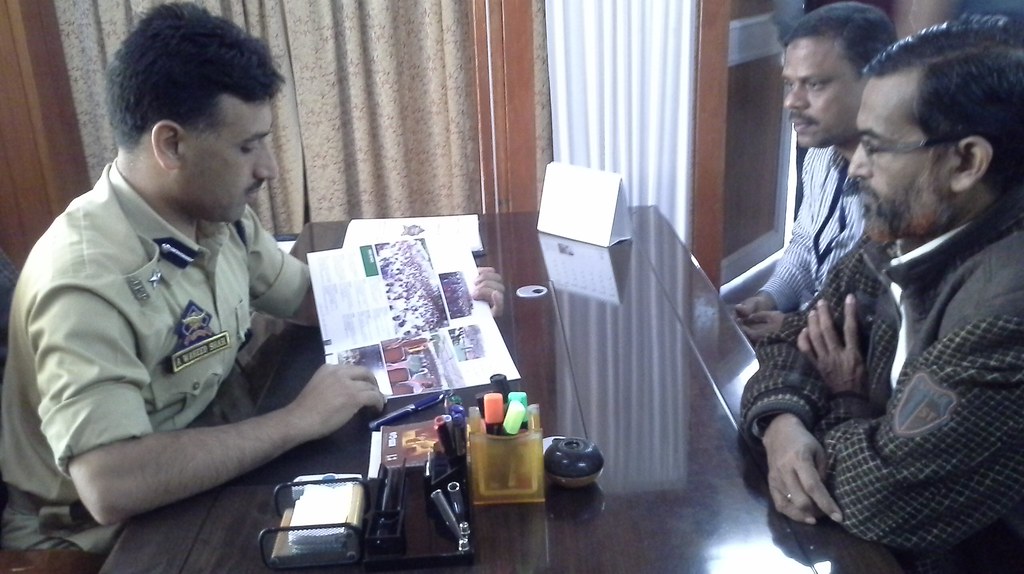 Why Popular Front deserves a share of your Zakath & Donation ?

Donate through UPI app by scanning our UPI code or Transfer your donations to our bank account.